Find our next course 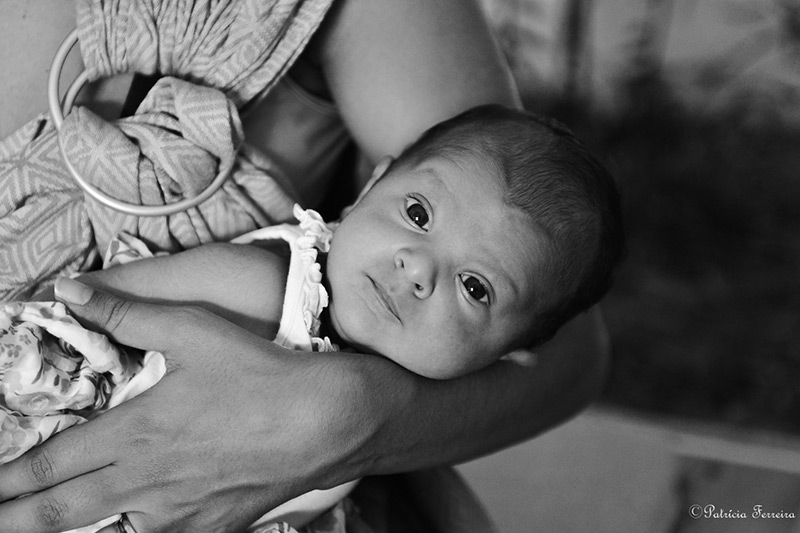 With the appearance of the clinical reports by Dr. Rene Spitz (1945, 1947) the seeds of research in the field of touch were sown. Spitz’s reports reflect his anguished quest for a solution to the unexplainable deaths and pathologies of infants and toddlers in his care. The diagnosis of that era for these terminal children was “marasmus” (translation – “the withering away and dying of no apparent cause.”) Spitz finally discovered that medicine, good nutrition, and clean surroundings had little impact on the tragic outcomes. Only what Harry Harlow (1958, 1962) was to later call “contact comfort” turned out to be the “cure” for the premature death of these children. Touch deprivation is probably most damaging to an infant because, unlike the other four senses, the neonate has an extremely small amount of control over somatosensory self-stimulation due to underdeveloped motor control capacities.

In the field of social behavior and mother-offspring relationships, Harry Harlow could easily and appropriately be called the “father of touch research.” His “deprivation and wire mother” primate research remains among those classic studies in the evolving history of psychology. However, we are only recently discovering just how very important Harlow’s work was.

Freudian thought dominated even in the informal field of touch. It was generally believed that touch is a somewhat minor component of the more important feeding process provided by a mother to her child (Freud, 1949). Mother-child attachment (or bonding) was assumed to occur in humans as a primary result of the mother providing food to the infant.

Harlow’s studies (1962-79) involved taking newborn monkeys from their mothers and raising them in isolation. The young monkeys were deprived of maternal and social touch (i.e., “contact comfort”). In every other way the monkeys were very well cared for. They were well fed, their cages kept clean, and their medical needs attended to. They were “merely” isolated from any physical contact with their mother or other monkeys. Even physical contact with the researchers was severely limited.

In his original classic “wire mother” study, Harlow placed the touch deprived monkeys in a large cage that contained two crude dummy monkeys constructed of wood and chicken-wire. One dummy was bare wire with a full baby bottle attached. The monkeys had been regularly nursed from similar bottles. The other dummy was the same as the first except that it contained no bottle and the chicken wire was wrapped with terry cloth. Placed in this strange environment, the anxious young monkey very quickly attached itself to the cloth wrapped dummy and continued to cling to it as the hours passed by. The infant monkey could easily see the familiar baby bottle no more than a few feet away on the other dummy. Many hours passed. Although growing increasingly distraught and hungry, the infants in these studies would not release their hold on the soft cloth of the food-less dummy. It was soon apparent that the young monkeys would likely dehydrate and starve before abandoning the terry cloth surrogate mother.

As the isolated monkeys grew older, they were observed to display a highly predictable constellation of behavioral symptoms, even when they were later reunited with their mother and social group

They included: Highly unusual patterns of self-clasping and self-orality; idiosyncratic patterns of repetitive stereotyped activity; an almost total lack of gregariousness or interest in exploring the environment; timidity and withdrawal from virtually all social situations with concomitant self-directed stereotyped behaviors; obvious aversion to physical contact with others; hyperaggressivity; gross abnormalities in sexual behaviors; and later in adulthood, the inability to nurture offspring, with failure to nurse, neglect, and abusive behaviors being highly predictable. In addition, negative physical health consequences (Reite, 1990) and hormonal imbalances (Levine & Stanton, 1990) have been noted in these primate studies.

Additional studies by the Harlow team and others (Gurski et al., 1980) clearly demonstrated that the psychoanalytic “wisdom” of the day was incorrect in its assumptions regarding mother-child attachment. At least with infant and young monkeys, there appeared to be a hunger more powerful than the craving for food. It was science’s first view of the pervasiveness and intensity of “touch hunger.”

Beginning in the same general era as the Harlow investigations was another direction of research in the area of mother-child attachment. These Attachment Theory studies were conducted by the British scientist John Bowlby (1953, 1969-80) and his American colleague, Mary Salter Ainsworth (1969-78). As a major extension of the work of Konrad Lorenz (1952), their investigations focused directly on the ways that human mothers and infants succeeded or failed to bond to one another. In general, Bowlby and Ainsworth discovered that there are highly predictable outcomes to the differing styles of early mother-child attachment patterns. More than two decades of scientific research on human parents and their offspring has generated a wealth of vital information regarding essential requirements for normal human development (Emde & Harmon, 1982; Shaver et al., 1988). Affectionate touch vs. neglect or punishing touch is a central theme of Attachment Theory and much of this work may be viewed as the human research counterpart to the Harlow studies.

Long before infants develop a useful vocabulary, they employ innate and powerful methods to communicate moods, interest, and needs to their caretakers. This is accomplished with a splendid and increasingly sophisticated variety of sounds, movements, and facial expressions. It is a difficult struggle for any infant to teach its parents about him or herself. However, we know that babies are universally good “teachers.” Sadly though, it has been discovered that most Western parents and caretakers are less than adequate “students.” As with all good teachers, if you have a poor student, the teacher must work harder to help the student learn (Bateson et al., 1956; Kaufman & Rosenblum, 1969).

Bowlby and Ainsworth learned that, for healthy parent-child attachments, the parent was a good “student.” These parents usually noticed, understood, and responded appropriately to the “lessons” offered by the infant or toddler. Almost all the infants’ lessons involved touch. They signal to their parents to, “pick me up, hold me, feed me, burp me, soothe me, stimulate me, change me, and make the pain or discomfort go away.” Of course, occasionally the signal was, “I’m over-stimulated, so please leave me alone for a few minutes.” These healthy “parent students” and “child teachers” are synchronized to each other, communicating and learning in a rhythm of increasing complexity.

It was found that, for the “inadequately attached” parent and child, there is a great deal of obvious neglect of the offspring by the parent (Klaus et al., 1982). The parent “students” usually are disinterested in the lessons offered by their daughter or son and generally ignore the signals of the child. When the infant “teacher” tries even harder to interest these parents, the mother or father usually responds with even more neglect, or with verbal or physical abuse. These infants rapidly become impatient teachers and the home “classroom” is filled with the turmoil of rapidly escalating frustration of teacher and student. Within the first year or two, these children eventually give up most efforts to “teach” and learn to suppress their signals for attention, and are likely to become sullen, chronically miserable, or ill. Whichever child responses occur, the outcome is commonly devastating on many levels for the child, the parent-child attachment, and subsequent relationships as the child grows to adulthood (Cummings et al., 1981). Grade schools and high schools are filled with severely withdrawn and troublesome, acting-out children and teens who have given up hope of affectionate pleasure and happiness.

One thought on “The importance of touch”